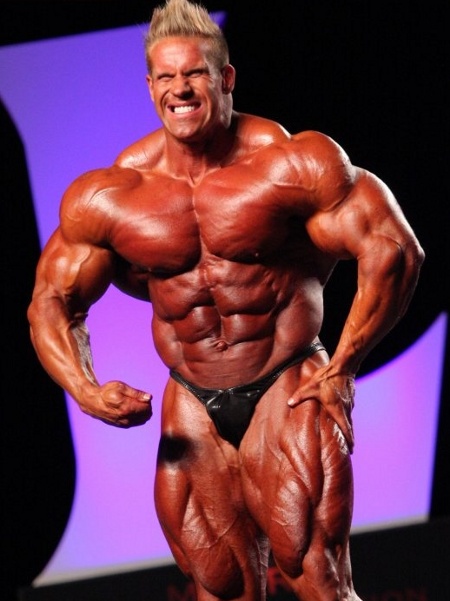 Current (and four-time) Mr. Olympia Jay Cutler recently cancelled his scheduled guest posing in Sweden. This follows shortly after fellow IFBB professional Toney Freeman was taken into police custody on Thursday, and confirmed to have been using on steroids (and recently having used marijuana) at the time of his arrest. Freeman publicly warned Cutler to keep his butt out of Sweden, and Cutler quickly opted to follow his advice.

In Sweden, the law allows the police to test people for drugs on suspicion of use. Although this practice has been criticized on various message boards, here in the United States we allow people to be tested for alcohol and/or drugs if they’re suspected of being under their influence while operating a motor vehicle. In Sweden, it’s allowed under any suspicion, not just during the operation of a vehicle, and they’ve made it clear that they’ll be arresting professional bodybuilders who show up with obviously chemical- enhanced physiques.

Hence, once Cutler found this out, he cancelled his appearance, leaving little doubt as to his steroid use, in the minds of many fans…not that anyone doubted it before.

What he should be arrested for isn’t steroid use, but his douchebag haircut (currently a faux hawk) and his terrible Ed Hardy shirts. Here’s his alibi, which skirts the direct issue of steroid use, but tacitly confirms that he’s a steroid user, and afraid to go to Sweden because he’ll get busted. Cutler quote courtesy of Muscle Insider:

This is Jay Cutler from Las Vegas.

I understand you have a packed house at the Fitness Festival in Gothenburg today. Let me tell you this; I would have loved to be there and guestpose for you. But as you know, this week Toney Freeman was taken by the police in Sweden and brought in for questioning. I have talked to Toney. He says that this happened just because he is a professional bodybuilder. If this could happen to Toney Freeman, it could clearly also happen to me as the current Mr Olympia. Having seen how this damaged Toney Freeman via the internet, I simply could not risk to experience the same. So, based on advice given to me here in the US, I decided that I could not come to Sweden this time. I know that I have dissapointed many of you. I am disappointed myself for what has happened. But please try to understand my situation and what would have happened if I had received the same treatment as Freeman experienced. If you do not understand me, I hope you can forgive me. I know that the organisers have been working hard to bring in other guest posers. Some of the guys you will see, may even be the future Mr Olympia some day. But I will tell you this; none of them will beat me next September here in Las Vegas. Because I will take my 5th Mr Olympia title and be in my best shape ever. Thank you very much and have a fantastic show.