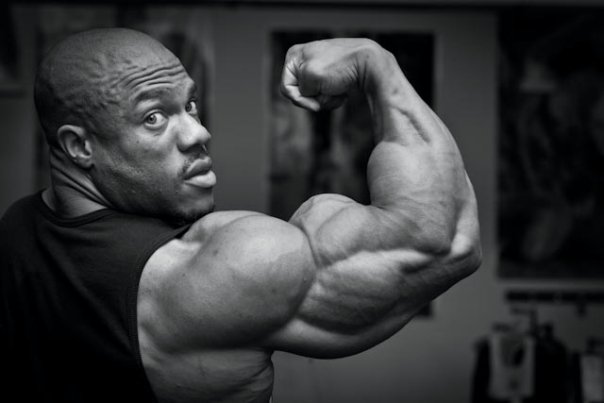 Phil Heath has decided to skip major competitions before. But none of those decisions was tougher than his most recent: to sit out the 2011 Arnold Classic to focus solely on being his best ever at the 2011 Olympia.

“It was a very hard decision for me to make because not doing the Arnold is kind of like an opportunity missed,” Heath said. “After placing second there two years in a row, that still stings a little bit because I feel like I can win the contest this year. But at what cost would that be? After placing second at the Olympia I feel like I’ve solidified my position as one of the top two bodybuilders in the world.

“Sitting out gives me the opportunity to make really, really drastic improvements and put myself in a position to bring an even better physique in 2011. And there’s no other way to do that except by putting in the time in the gym.”

This isn’t the first time Heath has decided to bypass a marquee event with an eye on the future. He skipped the Olympia after qualifying in both 2006 and 2007 – to much criticism – in order to make the necessary improvements to be considered a threat at that contest. The decision paid off, as Heath debuted in Vegas in 2008 with a third-place finish.

This year, Heath lost a close decision to defending Mr. Olympia Jay Cutler. In the eyes of many, that decision could have just as easily gone to Heath.
“Every decision I’ve made in my career, I’ve had no regrets on,” Heath said. “Of course I know I’m gonna have at least a couple days where I’m upset I’m not doing the [Arnold]. But I’m doing this for the reasons of trying to bring my best to the Olympia.”

On Monday 13th December 2010, @PHILHEATH said:
Hello all! After long thought and consulting with family and friends, I have decided NOT to compete at the ’11 Arnold Classic. This was a very difficult decision to make as I had a great ’10 season. I want to thank my beautiful wife Jennie for her on-going support along with my sponsors @TeamMuscleTech and Weider/AMI.