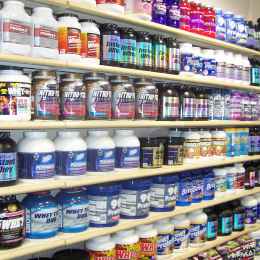 Many companies have tried to improve upon creatine by combining it with different supplements and nutrients. This is a compelling idea because if we can signal the muscles to take up more creatine from the blood, we will increase strength and muscle size – it’s that simple. The only problem is that there are only a few substances that can do this successfully. Let’s look at what works and what doesn’t work when combined with creatine.

Creatine and Ribose
Some companies combined ribose with creatine and this is an interesting idea. Let’s look at why. All the body’s movements, including exercising, are fueled by ATP. ATP is created in the body from food calories through a variety of metabolic processes. Basically, ribose is used to construct the ATP molecule. The theory is that extra ribose will allow the body to restore ATP levels in the muscle that have been depleted by exercise. Without getting too technical, ribose does regenerate ATP in some situations in which muscles have undergone very intense, exhaustive exercise. However, it has very limited effects on performance in these situations and only with very high dosages.

When it was tested in weight training men, 10 grams per day of ribose for four weeks increased their bench press by about 8 pounds, the group that didn’t get ribose increased their bench press by about 5 pounds – these results are not very impressive considering that most ribose supplements contain less than one third of the amount used in this research. Ribose has not been shown to increase muscle mass. So on its own, despite having a solid theoretical basis, ribose is not very effective even when large doses are used. No published studies exist to show that ribose and creatine would have any special effects when combined together. So until ribose is shown to increase performance or muscle mass at affordable dosages, stick with proven creatine formulas.

HMB and Creatine
HMB (hydroxy methylbuterate) is a well-known sports nutrition supplement that has been the subject of numerous studies. However, much of the some recent research shows that it is not effective for gains in strength and muscle mass. Fortunately, a Polish study tested HMB in combination with creatine. In this study the HMB didn’t cause any significant changes on its own, while the creatine and the combination of creatine and HMB both increased muscle. The combination of creatine and HMB caused slightly better muscle growth than creatine alone but if you add up the gains from taking HMB alone plus creatine alone, they exceed the results of taking the two together. So taking HMB on top of creatine caused about one and a half pounds of extra muscle gain. 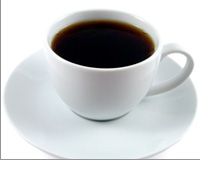 Caffeine
The combination of creatine with caffeine was first studied because caffeine may enhance some of the systems that could increase creatine delivery into the muscle cell. Unfortunately, the results seemed to show that exercise performance was poorer in the group that loaded creatine while taking caffeine. Before you quit drinking coffee, let’s get something straight, this study and others have shown that caffeine does not decrease creatine absorption and retention. There are a variety of reasons why these results may have occurred. Perhaps it was because the subjects stopped taking caffeine for 20 hours before the exercise session, so they may have had caffeine withdrawal. Whatever the reason, there doesn’t seem to be enough evidence to avoid consuming caffeine with creatine. In fact, some of the early creatine research gave subjects their creatine in caffeinated drinks and got positive results.

What Actually Works
Only a few nutrients have been demonstrated to improve the performance of creatine and increase creatine levels in muscle. One is a large amount of carbohydrates – especially dextrose – another is alpha lipoic acid. Large amounts of carbohydrates amplify levels of the hormone insulin, which can lead to 60 percent greater creatine retention over plain creatine alone(28). Addition of lipoic acid can also significantly increase creatine levels in the muscle over creatine alone.

The biggest problem with most of the creatine plus carbohydrate formulas on the market is that they don’t contain as high a dose of carbohydrates as the research recommends. As a matter of fact, many creatine plus carb products may not work any better than regular creatine with water. Studies have even shown that 50 grams of carbohydrates is not sufficient to significantly increase creatine retention, yet most products contain even less than that! The minimum amount of carbs you need to take with creatine is 75 grams, as this is the lowest amount that has consistently been shown to be effective. Alternatively, a combination of 50 grams of carbs with 50 grams of protein has also been demonstrated effective (I would go for 30-40 grams of protein with 70-100 grams of carbs if you train hard and heavy). Many companies are “afraid” to add this amount of carbs to their products, despite the fact that this is what really works for maximum strength and muscle gains.

As I’ve said on many occasions, don’t be concerned about eating too many carbs – even sugary carbs – if you want to gain muscle! This especially applies to post-workout. Large amounts of carbs with protein and creatine are a no-brainer. Even if you are dieting, the one time you should be having large amounts of carbs is post-workout. Don’t worry, unless you train like a sissy, they won’t be stored as fat, they will simply supply the required nutrition to recover from training.

The other best-researched nutrient to take with creatine, carbs and protein is alpha lipoic acid, which has a potent effect on increasing creatine storage in muscle. This antioxidant has many of the same effects as insulin and it is even used in diabetics who have poor insulin function. When it comes to maximizing muscular creatine levels, insulin is the key and lipoic acid helps insulin do its job better. Many studies have been done on the combination of carbs and creatine – mostly on MuscleTech’s Cell-Tech range and EAS’s Phosphagen products – and the results have been quite impressive in most cases. The main thing is, whatever creatine product you buy, check the label to ensure it has enough carbs/sugars and that it has some of the other ingredients discussed above. Some people will want to buy powdered creatine and take it along with a separate carbohydrate, protein, lipoic acid or other supplement product – just make sure you get the dosages right! In addition to dextrose and lipoic acid, the amino acid taurine, cinnamomum and chromium may further improve insulin signaling and get more creatine into the muscles, as these nutrients are also known to improve the function of insulin.

So in conclusion, creatine is still the most proven supplement in the sports nutrition world and there are many unsubstantiated theories regarding how to use it. Now you can separate the facts from the myths based on what researchers have concluded from the results of over 40 scientific studies. If you want the most out of your training and your supplements, follow the facts and advice above concerning how and when to take your creatine and what you should and should not take it with and you won’t go wrong!