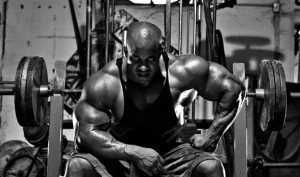 Androgenic-anabolic steroids (AAS) are synthetic derivatives of the male hormone testosterone. They can exert strong effects on the human body that may be beneficial for athletic performance.

A review of the literature revealed that most laboratory studies did not investigate the actual doses of AAS currently abused in the field. Therefore, those studies may not reflect the actual (adverse) effects of steroids. The available scientific literature describes that short-term administration of these drugs by athletes can increase strength and bodyweight. Strength gains of about 5-20% of the initial strength and increments of 2-5 kg bodyweight, that may be attributed to an increase of the lean body mass, have been observed. A reduction of fat mass does not seem to occur. Although AAS administration may affect erythropoiesis and blood haemoglobin concentrations, no effect on endurance performance was observed. Little data about the effects of AAS on metabolic responses during exercise training and recovery are available and, therefore, do not allow firm conclusions.

The main untoward effects of short- and long-term AAS abuse that male athletes most often self-report are an increase in sexual drive, the occurrence of acne vulgaris, increased body hair and increment of aggressive behaviour. AAS administration will disturb the regular endogenous production of testosterone and gonadotrophins that may persist for months after drug withdrawal. Cardiovascular risk factors may undergo deleterious alterations, including elevation of blood pressure and depression of serum high-density lipoprotein (HDL)-, HDL2- and HDL3-cholesterol levels. In echocardiographic studies in male athletes, AAS did not seem to affect cardiac structure and function, although in animal studies these drugs have been observed to exert hazardous effects on heart structure and function. In studies of athletes, AAS were not found to damage the liver. Psyche and behaviour seem to be strongly affected by AAS. Generally, AAS seem to induce increments of aggression and hostility. Mood disturbances (e.g. depression, [hypo-]mania, psychotic features) are likely to be dose and drug dependent. AAS dependence or withdrawal effects (such as depression) seem to occur only in a small number of AAS users. Dissatisfaction with the body and low self-esteem may lead to the so-called ‘reverse anorexia syndrome’ that predisposes to the start of AAS use. Many other adverse effects have been associated with AAS misuse, including disturbance of endocrine and immune function, alterations of sebaceous system and skin, changes of haemostatic system and urogenital tract. One has to keep in mind that the scientific data may underestimate the actual untoward effects because of the relatively low doses administered in those studies, since they do not approximate doses used by illicit steroid users.

The mechanism of action of AAS may differ between compounds because of variations in the steroid molecule and affinity to androgen receptors. Several pathways of action have been recognised. The enzyme 5-alpha-reductase seems to play an important role by converting AAS into dihydrotestosterone (androstanolone) that acts in the cell nucleus of target organs, such as male accessory glands, skin and prostate. Other mechanisms comprises mediation by the enzyme aromatase that converts AAS in female sex hormones (estradiol and estrone), antagonistic action to estrogens and a competitive antagonism to the glucocorticoid receptors. Furthermore, AAS stimulate erythropoietin synthesis and red cell production as well as bone formation but counteract bone breakdown. The effects on the cardiovascular system are proposed to be mediated by the occurrence of AAS-induced atherosclerosis (due to unfavourable influence on serum lipids and lipoproteins), thrombosis, vasospasm or direct injury to vessel walls, or may be ascribed to a combination of the different mechanisms. AAS-induced increment of muscle tissue can be attributed to hypertrophy and the formation of new muscle fibres, in which key roles are played by satellite cell number and ultrastructure, androgen receptors and myonuclei.