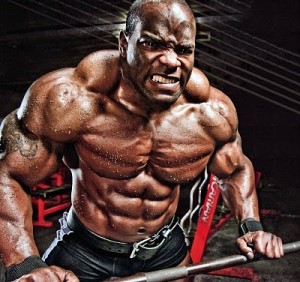 Will Brink is an excellent writer. On his site “Brinkzone” I recently read his great comments on some typical media bullshit which was trying to connect steroids with just about everything evil.

Take a read and see exactly how one tremendously educated and knowledgeable guy, Will Brink, makes the report look exactly like what it really is… total garbage.

Question: “Dear Will, I read an article in ESPN magazine which blaimed the death of some wrestler on steroids and linked steroid use to all sorts of deaths and pother problems. Did you read that article and what is your opinion on that?” Lisa Choret, NY

Response: Hi Lisa (from Will Brink)

Yes, I read the article…Some times I don’t know why I even try anymore. Every time I think we are making some headway over the truth about things such as anabolic steroids, supplements, and other controversial topics, up pops some new hysterical article claiming creatine causes brain cancer or steroids caused the death of some athlete. One of worst was a recent article published in ESPN (June addition) magazine regarding the death of wrestler Davey Boy Smith and was called “Canaries in the coal mine.” While we should appreciate ESPNs attempt to enlighten the public about the deaths of athletes, the article is full of the type of steroid hysteria, myths, incorrect assumptions, half truths, and out right fabrications so common in articles on this topic.

The fact is I have spoken at length to the ex medical advisor for the WWF-Mauro Di Pasquale, M.D. – and his response was, the wrestlers “… led ridiculously hectic lifestyles where they ate poorly (fast foods, restaurants, and junk food) most of the time. Never mind that genetically some of these guys are doomed to die young unless they lead Spartan lifestyles to offset their genetics – something they obviously don’t do. But of course it’s the steroids they blame.” He went onto say ” I know because I was the WWF medical advisor and drug control officer for over 5 years…”

The author then attempts to make a connection between another old time wrestler, Bill Graham, and his many medical problems when he states “Graham turns 59 on Friday. And he’s been spending a lot of time in bed lately. The man who had “The Body” way before Jesse Ventura is on his sixth hip. His immune system is shot from all the infections that are feasting on one another. He has virtually no movement in the ankles. He’s lost four inches from his 6’4″ frame because of a collapsing lower spine. And his liver, ravaged by hepatitis C, is leaking like a sieve.”

What do I have to say to that?

On Graham’s immune problems, steroids are now being used with AIDS patients (who of course have seriously compromised immune systems) to improve their health and well being due to loss of LBM. You can’t have it both ways and anabolic steroids are not inherently immuno suppressive and there is not a single study showing any links to anything that Graham suffers from and steroids.

Though some, but not all, steroids cause liver stress (which is NOT the same as liver failure) they do not cause hep C, so there’s no reason to make the connection!

The author also brings major league baseball players into it by stating “…But ballplayers who put on circus-like muscles are just kidding themselves if they think they’re not in danger. A study recently published in the International Journal of Sports Medicine found that 62 Finnish power-lifters suspected of using steroids died at a rate five times higher than average. As Bryan Alvarez points out in the new issue of his Figure 4 wrestling newsletter: “The causes of death were strikingly similar [to wrestling deaths]: Three committed suicide, three had heart attacks, one passed away after falling into a coma (likely drug-related) and one died of non-Hodgkin’s lymphoma.”

This statement is full of incorrect statements:

The only one of the bunch you could even remotely link to steroids would be the heart attacks (steroids often lower HDL while using them but returns back to normal when one stops) and that has yet to be shown in the data that athletes using steroids or not die at higher rate from any of the above over non athletes.

If we are seeing a greater number of deaths in wrestlers due to any steroid related illness beyond and above that of the general public and or other athletes, it has yet to be shown and the cause of those deaths is far more likely due to life style choices and other drugs being used.

Anabolic steroids do have their risks and are not harmless drugs by any means, but if we don’t start giving athletes the facts on these drugs they will continue to ignore the media and their doctors about the dangers of steroids.

In my view, that’s far more dangerous then the drugs themselves!