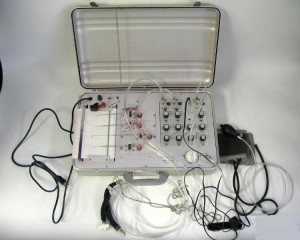 There are many bodybuilding associations out there that say they’re all natural. But most of the sportsmen who win in the different classes of the competitions seem to have obtained muscle gains that are impossible to do without the help of anabolic steroids. While the argument about the morals of a steroid user competing in a natural competition could be an article by itself, it is a well-known fact that there is a huge selection of products and techniques at our disposal that will make sure that a competitor who uses drugs isn’t revealed when drug tests are administered.

Usually it is standard to test the blood or urine of a competitor for any drugs in their body. If you don’t know which type of test you’ll be given, it will be best to prepare for every one of them, whether it’s blood, urine, or even hair. You’ll want to remove any substances from your body that may cause you to fail the test. Drinking a lot of water is good for this. It’s good to take advantage of herbal cleansers. You should keep your hair cut short, or even shaved off. You’ll want to use supplements that live for a short time in your system in the final few days before a show or a competition. If you are injecting anabolic steroids, it should be ceased several weeks before the test, but there are some steroids that can stay in your system for up to a year or even more. The greater effects of the steroid, the longer time it takes not to show up on a drug screening.

As everyone knows, it’s very hard to beat a polygraph or a lie detector test. The monitor will keep track of your heartbeat, body temperature, and other elements as they ask you a few controlling questions. Then the question arises as to whether you have used steroids or not. If the signals that are being monitored rise, they will have decided that you are lying and your trophy will be lost for you. A select number of people have the ability to defeat the polygraph. They do this by literally convincing themselves of a separate existence in which they never used any drugs before, or they rely on the adage that everybody does it, which in their own minds alleviates them from feeling guilty about it. Many other people find that using a mild sedative will make them seem calm and relaxed while all the questions are being asked, this is because the sedative helps them reduce varying levels of temperature or aggression.