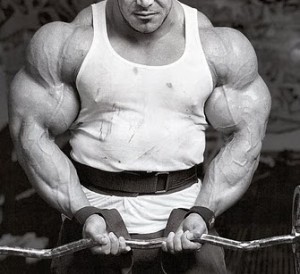 Many of our customers often ask us, how steroids work. Therefore we decided to write you an article, so that you can simply read the most important facts about this process. The word anabolic simply means building up as opposed to catabolic that means breaking down. Anabolic steroids are manufactured or synthesized derivatives of the male hormone called testosterone. It has two main functions in the body – the anabolic effect and the androgenic effect.

The anabolic effect is responsible for growth, muscular development, and the masculine body contour of the adult male.

The androgenic effect stimulates the development of the male secondary characteristics after puberty, causing growth of the beard, development of penis voice change etc.

How steroids work? Anabolic steroids work by stimulating the anabolic effect by binding or plugging into protein receptors in or on the cells that help create new proteins in the cells. The construction of new proteins helps increase muscle size and strength. Remember, this normally happens in the body. The steroids stimulate or increase this biological process by binding to the receptor sites on the protein cells.

All drugs have their own way of working which is called a mechanism of action. Most drugs’ mechanisms of action involve drug receptors. Drug receptors are located on cells in your body. To understand this, firstly you need to picture one of your cells and then picture an outlet, like the one on your wall. Now picture several of outlets, better known as receptor sites, on the cells. These receptor sites or outlets located on or in your cells either trigger or block biological activity when stimulated or occupied. Drugs occupy, bind or plug into the outlets to either stimulate or block biological activity.It is important to note that drugs do not create effects of their own, they change the biological processes already occurring in the body.

Once a drug enters the body, the body begins to process the drug that includes four processes:

Drugs are usually administered either orally or intramuscularly.

When drugs are administered orally, absorption is much more complex than when administered intramuscularly. The drug has to bypass a number of barriers before it gets into the muscles and blood stream and do its thing. Oral Anabolic steroids must get past the acid in the stomach, overcome bacteria in the small intestines, survive changes in the small intestines. Finally, it must survive the metabolism process in the liver known as the first pass effect.

During the first pass effect, blood travels to the liver as part of a filtering system where enzymes in the liver metabolize or change part of a drug before it enters the bloodstream.

Drugs are absorbed faster when administered intramuscularly. They enter the muscles immediately, and aren’t absorbed like when taken orally. They bypass being metabolized by the liver, skipping the first pass effect.

The distribution process simply involves the transportation of drug throughout the blood stream.

Metabolism is the chemical change when a drug goes through in the body. The major place where this takes place is in the liver. This is where most people run into problems with steroid use. Liver toxication is one of the most common steroids side effects, which can be reduced with Tamoxifen and Proviron

Excretion is simply the removal of drug from the body. The kidneys are responsible for most drug excretion through the urine. Some drugs such as anabolic steroids are excreted by the liver. Drugs are also excreted through the breast, skin and lungs.