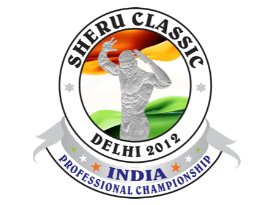 After getting great response from the inaugural event in Mumbai last year, Sheru Classic Professional Championship is all geared up to set new standards in the field of Bodybuilding with its second edition in Delhi (India). This year the event promises to be bigger and better and will offer a cash prize worth $210,000, the world’s third largest in this category .In addition the main championship, Sheru Classic Delhi 2012 will also comprise of the Sheru Classic Health & Fitness Expo which will be held over two days (5th-6th October) with opportunities for the entire Health and Fitness industry, including fans, fitness enthusiasts and personal trainers, to interact with each other and with their favorite domestic as well as international athletes.

The two day Sheru Classic Health & Fitness Expo will have features like Beach Body Area, Nutrition Cafeteria, Power Zone, Amphitheatre & Seminar Zone. It will provide a unique platform for conducting business in the health, fitness and supplements industries with over 70 exhibitors displaying their products and services. Presented under the brand Sheru Classic Production Pvt. Ltd. (SCP), Sheru Classic is the brainchild of the company’s Co-Founder and CEO, Sheru Harmeet Aangrish – India’s second Professional Bodybuilder – under the guidance of his elder brother and SCP’s Founder & Chairman Hemant Aangrish. Commenting on this year’s event, Mr. Sheru Aangrish said, “Adhering to our tagline ‘Transform–Nation’, Sheru Classic Delhi 2012 is going to be the turning point of India’s foray into Health and Fitness. It is one such event whose total magnitude cannot be put into words, one must experience it. We are bringing to you a larger than life show!”