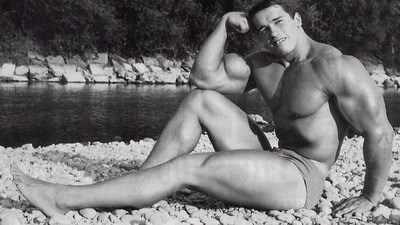 How real is it to gain muscle mass without fat or with maximum part of muscles against fat?

We had already discussed the fact that it’s extremely difficult to grow muscles and get lean at the same time. That’s why a bodybuilder’s training year is usually divided into two periods: muscle mass gain and fat burning. The role of special diets in sporty form achievement is so significant that it appears to be an integral part of an athlete’s success regardless of his  aims and preparedness level.

Unfortunately, one is able to get a truly striking and sporty figure only if he gains enough muscle mass.Lots of athletes try to gain “lean muscle mass” but most often these attempts remain inefficient. The information regarding this question that can be found in the Internet is most often both discrepant and absurd. As a rule it’s presented by people who possess neither the corresponding experience nor knowledge.

Having gone through lots of experiments, I believe that ‘lean muscle mass’ gain is nothing else but utopia or a means to use your resources and energy in an irrational way.

Gaining a certain reasonable amount of fat is very useful for your organism in case you do it gradually, temporarily and in accordance with a thoroughly elaborated plan. The aim of such deliberate fat gaining is to grow a large amount of muscles, to increase your organism immunity level after a previous ‘fat burn’ period and to get the possibility to workout with heavy weights using cheating technique when completing exercises (such as Standing Barbell Curls, Standing Flyes, etc.) that are directed at the problem of movement inertia development or, on the contrary, stabilization of your body.

As I believe, a person who possesses bigger muscle mass is able to allow himself a less strict diet during ‘fat burn’ period and is able to get rid of fat deposits faster than a person possessing small ‘lean’ body mass because the organism of the last one will try to preserve hypodermal fat even in conditions of intensive workout and no carb diets.

Add 200-300 calories each week till you see that your body mass start increasing gradually. If you feel that you’re not able to eat more (even under condition of 5-6 food intakes a day) add simple carbs: enjoy sweets, sweet crèmes and yogurts.

But you should do it only in case your body weight doesn’t grow at all; even if you consume a lot of high-quality products that don’t contain sugar.

So, an athlete who manages to gain not just a couple pounds of fat but also a pound of muscle mass gains an unquestionable benefit. Later on he will be able to reduce the amount of carbs in his diet and start losing weight effectively at the expense of fat deposits.

Still, these proportions are accessible only under the condition that you had really worked hard during the whole low season period in a gym constantly increasing your basic weights and workout intensity, performing difficult basic exercises and fighting for each repetition.

In the opposite case (if you work more with your refrigerator door than in a gym) you’ll gain mostly fat mass and spoil your metabolic rate.

If you are not able to force yourself work hard or you don’t have a qualified trainer or a training partner – you should stop dreaming about defined muscle shape and impressive muscle mass.

If you believe that you’ll be able to reduce basic weights during fat burning period dramatically and be able to work in ‘pumping’ regime, you are more than mistaken.

After you warm up exclusively sufficiently (muscles and joints become rather fragile and vulnerable during strict diets), you’ll need to perform heavy sets for at least half an hour and allow yourself a portion of ‘pumping’ only after this.

Don’t’ try to introduce fasting days or ‘fat burn’ till you gain at least 10 lbs of body weight in the result of trainings.

How on earth can you start working on muscle shape if you don’t have enough muscles? If you weigh only 110 lbs when you’re gaining body weight it means that after ‘fat burn’ period you’ll become a ‘happy’ possessor of 90 lean meat and bones!

Being a practitioner, I would advise to gain at least 170-180 lbs, to become big before going further.

After this you’ll have an organism that got used to get and spend a lot of calories and carbs a day: under such conditions any diet will be a great success.

Having overcome all difficulties (including psychological ones) you’ll be able to work with muscle shape purposefully and in case of correct diet and workout you’ll get 150 lbs of hard lean and sexy body (and it’s much better than fatty  150 lbs, isn’t it?).