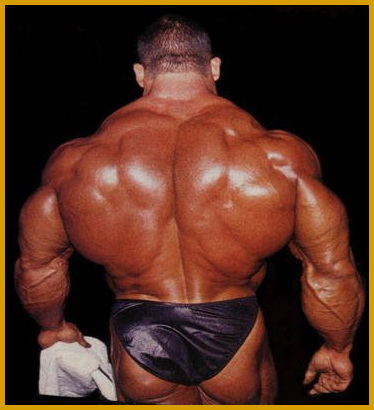 Do not pursue the big weights. This is a very common mistake. Heavy weights are needed for the large muscle groups – chest, back and legs. Delts need an optimal load. Too heavy weight can only halt the growth of small muscles and lead to stagnation.

First you need to strengthen the ligaments and gradually achieve even a small but steady increase of shoulders. But then begins a powerful and constant pumping.

With each exercise should be reached maximum intensity in the strict technique. It’s really very simple way, but it works!

Training begins with a light Standing Barbell Shoulder Press. This is a basic exercise makes the blood flow to all muscles of the shoulder girdle at once.

The first exercise in the deltoids workout is Seated Dumbbell Press. The optimal way to perform this exercise is to sit on the bench with a vertical backrest. In this case, you will not need to keep a balance; you can take heavier dumbbells and concentrate fully on what you are doing. The movement should be done very slowly and skillfully. The first two approaches as a warm up with light weight, and then change to heavy dumbbells for 8-10 rep.

The second exercise is Alternate Dumbbell Front Raise – for the front deltoids. Despite the fact that they get a good load when performing Barbell Bench Press, it will be good to give them extra attention.

The third exercise – Dumbbell Lateral Raise. Dumbbells should be placed exactly parallel to each other and do not raise hands above the shoulders, as the load is transferred to the upper trapezius muscle.

The fourth exercise – Incline Reverse Lateral Dumbbell Raise. If you are performing this exercise on an inclined bench, you can use much more weight. This is the best exercise to work out the rear delts.

That’s the whole workout. It’s really simple exercises, but if you add to them the desire to extreme result, Goldenmuscles.com guaranty success.

So let’s make a conclusion. 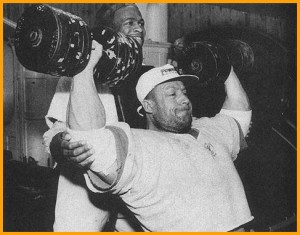 Lift the dumbbells up to shoulder level, and then straighten the arms, keeping elbows slightly bent. Lower the dumbbells slowly, controlling the exact trajectory and immediately lift them, not giving your muscles a rest.

Raise the dumbbell with one hand up to chin level, and then slowly lower until it touches the front of the thigh. At the same time, start lifting weights with the other hand. 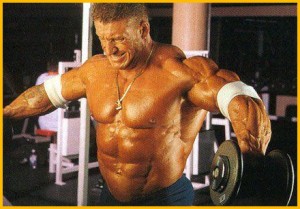 It is important to choose correct dumbbells weight. The movement should be performed slowly. Hands should be diluted so that they form a single line, otherwise the load will fall on the front delts. But the most important thing is to give the dumbbells hardly noticeable bending forward.

Base with breast on incline bench, and plant your hands so that they form a straight line. Try to raise hands as high as possible, and again, incline slightly dumbbell forward.

Goldenmuscles.com warns all this make sense if it done with correct technique.