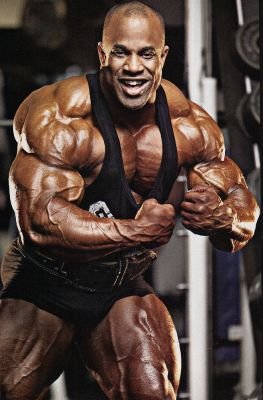 It has long been thought in bodybuilding circles that prolonged dieting for beach season comes with the feeling of being run-down, and being more susceptible to illness and sickness. In fact, a lot of people ramp up their intake of vitamins and anti-oxidants during this time as they firmly believe that their immune system is vulnerable. Some new research coming out of Australia is suggesting that not only is this not the case, it may in fact be the opposite of what actually happens. Yes, it may actually get stronger.

I say this *may* help strengthen the immune system because the study I am referencing in this update is done on obese people who have lost a modest amount of weight, showing immunity improvements. This is quite a far cry from someone already quite lean (sub-15%) and healthy aiming to get incredibly lean (sub-10%) to look good in Speedos. However, the immune systems of the life extension folks who practice calorie restriction (CR) suggest it may be the case for bodybuilders like us. These folks stay on very low calories for long periods of time without refeeding days as they believe it prolongs life and delays aging. The effect of CR retarding aging has been proven in worms, but human studies are on-going to my knowledge with nothing tangible as of yet. But not only do these folks believe it works, they believe it helps with avoiding sickness, and I recall reading an article where one guy claims that CR has corrected his short-sightedness!

Ok, onto the study, which I’ve already noted was done in obese participants. People with high levels of body fat tend to have higher levels of pro-inflammatory immune cells which compromise immune function by “overstressing” it. The researchers wanted to see if they could reverse this effect by making the participants lose weight, so lose weight they did. Over twenty-four weeks the participants has their calorie intake restricted and gastric bands fitted at the halfway stage to help their weight-loss efforts. The researchers noted significant reductions of the pro-inflammatory immune cells, including an 80% in T-helper cell 1 (Th1) and a reduction in the Th1:Th2 ratio. T-helper cells are important because they activate the pro-inflammatory immune cells which is important for the immune response, but as noted, obese people have too much of this stimulation so reducing the values to the equivalent of a lean person is a positive step. What is also interesting is that the researchers noted that those with the higher levels of immune cell stimulation tended to lose less weight than those with less. This is interesting as it may partly explain why some people find weight loss harder than others.

Back to bodybuilders, unfortunately the feeling of being run-down comes with the territory as a side effect from low energy intake, but don’t necessary feel like you are instantly going to get sick in this condition. In fact, this article is a good case for not going over the top with the fat accumulation during the bulking season, although I’m fairly sure most of you don’t reach ‘obese’ levels. Plus, it makes the next diet for the beach a little easier if there is less to lose.