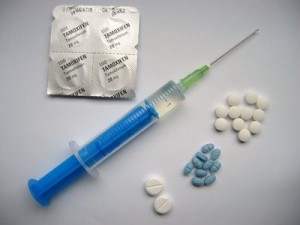 The 1988 Olympics in Seoul, South Korea, proved to be one of the most exciting Olympic games of all time. World records fell in everyday of the 14-day event; in every sport ranging from shuttlecock to track and field, records fell like dominos. The most competitive sport in the 1988 Olympiad was the men’s 100-meter dash, with a field consisting of the ten fastest men in the world, at the time. World record holder Ben Johnson, who shattered the world record by thirteen hundreds of a second a month earlier, and 1984 Olympic 100-meter dash champion, Carl Lewis, highlighted the field. The winner of this race would carry with him the title of being the Worlds Fastest Man.

As the competitors lined up at the starting line, they knew the race would be over in less than ten seconds. The gun sounds off and the start is clean. Carl Lewis and Ben Johnson are tied for the lead at the thirty-meter mark but the next seventy-meters would prove to be the most disappointing seventy-meters in Carl Lewis’s life. After the thirty-meter mark, Ben Johnson pulled away from Carl Lewis and the rest of the field with little effort and crossed finish line first, winning the race by seven meters over Carl Lewis. Seven meters is an eternity in the 100-meter dash. Ben Johnson now had the title of World’s Fastest Man. Spires 2 Four days later that title and his medal would be stripped from him. The International Olympic Committee had found evidence that Ben Johnson had been using anabolic steroids, a substance banned by the International Olympic Committee (IOC) and the International Amateur Athletic Federation (IAAF), which are the two governing bodies for amateur athletics.

Ben Johnson was not only stripped of his medal but was indefinitely suspended from competing in track and field. He ran his fast times by using a banned substance but still it was a man that did it, not a machine. This is why steroids should be legalized in all athletic competition. Steroids, which are also referred to as anabolic – androgenic steroids, are drugs that are derived from the male hormone testosterone. Steroids promote muscle growth and lean body mass. Steroids have many medical uses. They are used to treat asthma, arthritis; Addison’s Disease, and certain skin ailments. Many athletes abuse steroids to boost their performance. This use and all non-medical use of steroids are illegal in the United States.

Though non-medical use of steroids is illegal in the United States, laws regulating steroid use are inadequate. Steroid testing procedures are also inadequate and easily cheated. “The word steroid calls to mind a 350 pound lineman who not so long ago weighed 275 pounds and two thirds of it was fat and now he is all muscle. True, football players depend on drugs a lot in their everyday life, but the real problem is in the Olympics. It is no secret that almost every Olympic athlete uses steroids in training sometime or another. Dozens of coaches and athletes that were interviewed by Sports Illustrated say that the Atlanta Olympics were a carnival of experiments in the use of Spires 3 performance enhancing drugs.” (“Over the Edge”, Sports Illustrated, April 14, 1997) “Athletes are a walking laboratory, and the Olympics have become a proving ground for scientists, chemists and unethical doctors,” says Doctor Robert Voy, director of drug testing for the United States Olympic Committee (USOC) at the 1984 and ‘88 games. “The testers know that the drug gurus are smarter than they are. They know how to get under the radar. “The IOC (International Olympic Committee) hoped to fool athletes by brining in a new piece of equipment for testing.

The original machine done with a gas chromatograph mass spectrometer, was replaced by a much newer and advanced tester, the high-resolution mass spectrometer that would supposedly be able to catch all athletes who had used steroids in the last two or three months. Unfortunately the two point five million dollar drug testing effort was in fact completely ineffective. Even if the IOC’s equipment were the cutting edge of technology, eliminating drugs from the Olympics would be no small challenge. “All athletes have to choose: Do I want to compete at a world-class level and take drugs, or do I want to compete at a club level and be clean,” says Keeps Koran, the editor of the Dutch edition of Runner’s World Magazine. (“Over the Edge,” Sports Illustrated, April 14, 1997) The days of an athlete simply turning in a bottle of someone else’s urine are over. The officials are required to watch the athlete urinate. Even that’s not foolproof: Cases have been reported of an athlete urinating before an event, inserting a catheter up his or her urethra, and using a turkey baster to squeeze someone else’s urine out. (“Over the Edge”, Sports Illustrated, April 14, 1997). Spires 4 In 1994 it was found that two million Americans or 0.5 percent of the adult population, said that they had used anabolic steroids, according to the National Institution on Drug Abuse (NIDA).

Steroid use by adolescent boys has decreased slightly in the past seven years because of the wider availability of over the counter performance enhancing drugs but has doubled over the past seven years for adolescent girls and could be as high as 175,000 nationwide. “Why? More girls are competing in sports than ever before, and they have a strong incentive to seek any edge they can. Since 1972 the Federal Government has required colleges and universities to expand women’s athletic scholarships to reflect more closely the number of women athletes,” stated Christina Gorman’s article, “Girls on Steroids”, in the August 1998 issue of Time. In a 1995 poll (conducted by the IAAF) of 198 sprinters, swimmers, power-lifters and other assorted athletes, most of them U.S., were asked if they would take steroids with two guarantees:

One hundred and ninety-five athletes said yes; three-said no. They were also asked if they would take steroids with two guarantees:

1) You would not get caught.

2) You will win every competition you enter for the next five years, and then you will die from the side affects of the substance. More than half of the athletes said yes. Spires 5 Throughout the world athletes depend on steroids more than ever.

There are many risks involved with taking steroids. The side effects of steroids coincide with its’ benefits. Some of the main side effects are trembling, severe acne, fluid retention, aching joints, high blood pressure, jaundice and liver tumors. Other side effects include:

2) For women: growth of facial hair, changes or cessation of the menstrual cycle, enlargement of the clitoris, deeper voice and smaller breasts.

3) For adolescents: premature skeletal maturation and accelerated puberty leading to stunted growth. Also, steroids can increase hostility and aggression. The steroid epidemic is much like the prohibition of alcohol in the United States, during the 1920’s. Alcohol consumption was up during the 1920’s, even though alcohol was banned. Prohibition gave alcohol the “forbidden fruit” stigma…much like steroids today. When prohibition was repealed alcohol consumption leveled off. Some experts debate that anabolic steroids are unnatural while scientists beg to differ, saying that anabolic steroids are just as natural as Gatorade and the use of Nautilus machines. Steroids are a device whose aim is to maximize performance.

It is in this writers belief that though there are many risks involved in the consumption of steroids, they are just as natural as the more accepted performance enhancing drugs and devices. Whether or not athletes are taking steroids, it is still human Spires 6 versus human in competition. When the human being is out of the picture in competition, that is the time to act.