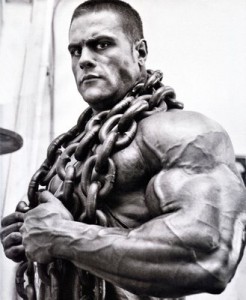 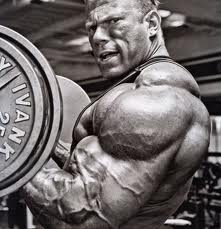 Things just got a lot more interesting at the FLEX Pro, as two of bodybuilding’s top competitors recently announced they will be competing on February 19th at the Santa Monica Civic Center.

Dennis Wolf and Evan Centopani, two of bodybuilding’s youngest and brightest stars join a lineup that already includes Mr. Olympia winner Dexter Jackson and a host of hungry up-and-comers eager to start the 2011 IFBB Pro League season with a bang.

The rejuvinated Wolf is coming off his third top-five Olympia finish in the last four years. Wolf, 33, slipped up by placing out of the top 15 in 2009 but came back in a big way this past September by placing fifth in a loaded lineup. Despite his considerable hype, though, Wolf will be looking for only the second professional win in his six-year career. His first and only contest win came at the 2007 Keystone Classic.

Centopani, the overall winner at the 2007 NPC Nationals, has been calculated and methodical in choosing his competitions early in his career. The strategy has worked so far, as his first and only appearance on the professional stage was a successful one. In his lone IFBB Pro League competition to date, Centopani proved worthy of his hype by winning the 2009 New York Pro against a lineup that included Dennis James, Silvio Samuel and Hidetada Yamagishi.