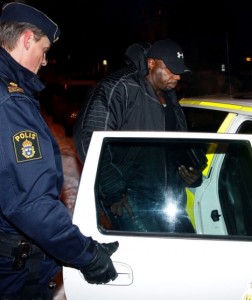 Beginning of Toney’s Freeman tour in Sweden was not the best one. He is going to attend Fitness Festival in Gothenburg. Famous bodybuilder also called “The X-Man” gets in trouble this Wednesday. Freeman arranges some meetings with his funs, one of them was held in Sundsvall shop. But interesting discus was interrupt by police that took Toney Freeman to police station. The police group planned the raid and took the help of the ads to locate the X-man. They were conducted by Henry Blusi.

Being asked why police interrupt Toney’s Freeman event, Henry Blusi answered that they just knew that professional bodybuilder will be in Sundsvall shop for some hours, after that he would have gone further.

The X-Man was calm during the arrest and he was surprised thinking that this is joke. By getting the police office he has to pass urine drug test, which was positive. 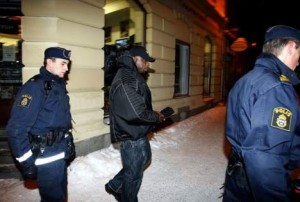 Toney Freeman didn’t hide that he was taking testosterone and growth hormone and that he was smoking pot.

It is possible that Freeman will have to pay financial penalty.

The X-Man is an ideal for many young bodybuilders and athletes. Henry Blusi notice that an ideal could not be perfect if its performance was achieved with steroid help.