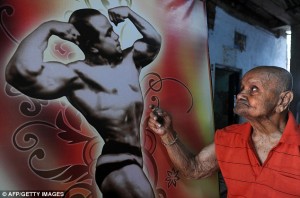 “Written by GoldenMuscles”. Being 4 foot 11 inches Mr. Universe 1952 – Manohar Aich – just turned 100 years. He lives in KOLKATA, India and his room is still decorated with posters and pictures of his many bodybuilding triumphs. By asking him the secret of his longevity he answer that happiness and life without tensions help him to maintain his health. During his career he overcame many hurdles, including grinding poverty and a stint in prison.

He confirms that fruits, vegetables, milk, fish and rice are perfect meal for bodybuilders and athletes. Also Manohar Aich is against smoking and alcohol.

Being born in a small town during the school year he was attracted f by the athleticism. Aich begin his bodybuilding career in 1942 when he joined the Royal Air Force under India’s British colonial rulers. He was encouraged by a British officer named Reub Martin, who introduced him to weight training. There Aich earned praise for his physique from his peers in the air force. 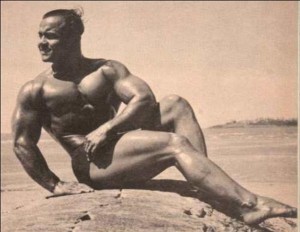 Prison plays a crucial role in his life. He got there when he protested against colonial oppression. He said “It was in the jail that I began weight training seriously. This helped me prepare myself for the world championship. In jail I used to practice on my own, without any equipment, sometimes for 12 hours in a day. ”

In 1947 Aich release from jail. In 1950 he win “Mr. Hercules” contest. This thing spurred him to set his sights on the Mr. Universe tournament in London. In 1951 was second in this contest but he didn’t returned to India until in 1952 he took the title Mr. Universe. What followed were a host of awards, including top positions in the Asian Body building Championships. Over the years, he also earned the more popular title of “Pocket Hercules” due to his 4 foot, 11 inch-frame. 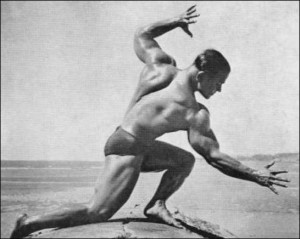