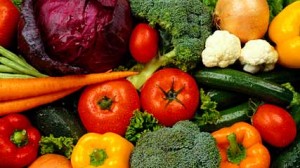 A new study finds that eating fruits and vegetables daily didn’t have the expected benefits against cancer. But researchers caution that doesn’t mean you should skip such healthy foods.

They’re still the hallmarks of a healthy diet, but fruits and vegetables do less to prevent cancer than previously thought, according to a major new study published this week.

A team of researchers at New York’s Mount Sinai School of Medicine followed the diets of 478,000 Europeans living in 10 countries, from 1992 to 2000. At an eight-year follow-up, 30,000 of the participants had developed cancer.

When the researchers analyzed the diets of the participants and factored in the cancer rates, they concluded that for every two portions of fruits and vegetables eaten a day, an individual’s risk of cancer fell by an average of only 3 percent.

The results are “very weak,” the report states, especially compared with previous studies, which have given fruits and vegetables credit for as much as a 50 percent reduction in cancer rates.

Fruits and vegetables are rich in antioxidants, which help prevent cellular damage that is believed to be a cause of cancer, scientists say. Worldwide, dozens of health agencies, including the World Health Organization, suggest that eating five or more servings of fruits and vegetables a day can bolster resistance to the disease.

If only it were so simple.

“Diet is a complex pattern and lifestyle,” Dr. Paolo Boffetta, the study’s lead researcher, told CNN. “Cancer is a complex disease. It’s unlikely that one thing will explain the other.”

Researchers suspect that those who consume more fruits and vegetables are also less likely to smoke or drink to excess, and more likely to exercise regularly and avoid red meat. Those factors, rather than fruit and vegetable consumption, could explain their lower rates of cancer.

And some dietary rules are still sure things. Red meat has long been linked to cancers of the digestive tract, and obesity is a known risk factor for several cancers.

The study didn’t examine the role of fruit and vegetable consumption during adolescence, nor did it evaluate the role of specific fruits or vegetables in cancer prevention.

“A very weak or undetectable association between fruits and vegetables and risk of cancer does not exclude the possibility that one or a small group of fruits or vegetables … has an important protective effect,” writes Dr. Walter Willett, chair of the department of nutrition at the Harvard School of Public Health, in an editorial accompanying the study.

And while they might not be proven cancer fighters, fruits and vegetables are increasingly being touted for their role in heart health. That’s likely to be the bottom line for health agencies as they continue to encourage a diet rich in plant-based foods.

“We now have much more information from prospective studies on intake of fruits and vegetables in relation to risk of cardiovascular disease,” Willett told The New York Times. “Thus the advice should continue, but the benefit will be primarily for heart disease and stroke.”