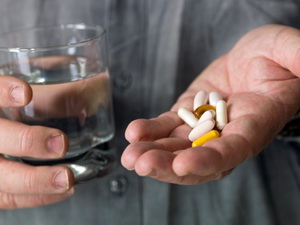 Recently, Chris Good, of The Atlantic, has argued that scientists ought to be given performance enhancing drugs; not anabolic steroids, mind you, but rather, cognition enhancing drugs that are currently off-limits due to legality. Hallucinogens (LSD, for creativity), stimulants (Ritalin, for example, to help with focus), and other medications could conceivably be used by scientists and doctors to speed the rate at which they discover a cure for AIDS, Cancer, and a host of other deadly diseases.

When thousands of people dying each day from thus-far-incurable diseases, discovering a cure as quickly as possible would save the maximum amount of lives. Read the full article, and decide for yourself:

In our culture, performance-enhancing drugs are seen as a vehicle for cheating. For example, athletes who use steroids or human growth hormone are weeded out through testing policies, punished, and publicly shamed. But these drugs are more common than one might think, and their use extends beyond sports–military pilots have been given amphetamines for missions, and some of the most competitive college campuses are rife with illicit use of ADD medication.

Performance-enhancers are increasingly part of our modern existence, despite our instinct to ban them. So why don’t we use them for good? Let scientists and researchers use drugs that boost productivity and innovation. Allow them controlled access to prescription medication like Ritalin and Adderall and, with more caveats and limitations, hallucinogens like LSD and Ayahuasca that have been linked to creativity. Henry Greely, Director of the Stanford Center for Law and the Bio-Sciences, has advocated that “cognition-enhancing” pills are natural for students to take. “Better-working brains produce things of more lasting value than longer home runs,” he argues. Similarly, we should encourage our scientists to experiment, if they so desire.

The arguments against performance-enhancers are the same in both athletics and academics–users gain an unfair competitive edge, and they harm themselves in the process. High school football players ruin their bodies with steroids; college students who take Ritalin and Adderall fry their brains to unfairly outperform their peers. As a society, we’re not willing to endorse a culture in which one has to inject oneself with chemicals in order to be a pro baseball player; it’s just not worth the home runs.

But for scientists and researchers, particularly those working on medical advancements, things are different. They’re working for the public good. Fairness matters less. If one biochemist or physicist “cheats” to gain an edge over a rival research lab, university department, or grant competitor, it may be unethical, but we should be willing to forgive if it means one less day on earth with incurable cancer or massive emissions of carbon gas. As for health concerns, well, we are talking about adults, and we should be willing to let scientists and researchers make that sacrifice.

Letting adults use performance-enhancing substances in a controlled fashion would have its upside. After all, steroids worked in baseball–in 1985, Major League Baseball players hit 3,602 home runs; in 2000, they hit 5,693. Throw fairness out the window, and let’s see what happens.