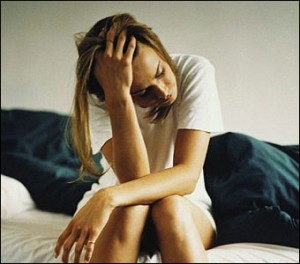 I’m pretty sure you’re well aware of the importance of a good nights sleep with regards to in-gym performance and post-gym recovery, but it also plays a huge role in body composition. In fact, some brand new research from the Leiden University Medical Center in Holland has suggested that just one night of bad sleep can upset insulin sensitivity even in otherwise healthy subjects.

The researchers wanted to see if there may be a connection between the current general health statuses of the western countries (including the rise of type 2 diabetes) and the fact that most of these people are not sleeping for sufficient durations of time. Whether it be nightclubs, late-night TV, children, insomnia and restlessness or whatever, these effects seem to be adding up. To investigate this, the researchers used a very small sample of nine healthy men and women and let them sleep for what is considered a “standard” eight hours sleep. They were examined using a glucose clamp in order to assess their insulin sensitivity. Using this as a baseline, the researchers then re-examined the subjects after they had a shortened four hour sleep the following night, with the results indicating reduced peripheral insulin sensitivity.

I am interested in seeing what sort of effect cat-napping has on glucose tolerance. I am also interested in learning whether this effect manifests in people who are conditioned to staggered sleeping patterns, such as shift workers and the military. Thankfully, the researchers agree that more exploration is required so hopefully I’ll be able to update you all with information as it comes out.