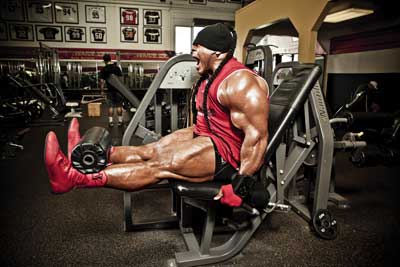 How real are Kai Greene’s chances to win the 2010 Mr. Olympia? As real as his leg training feature in the Olympia issue of FLEX, on newsstands now.

We followed Kai around Gold’s Venice in early June for his first official photo shoot with FLEX, just before he began his Olympia prep in earnest. Check it out for the most realistic look ever at Kai Greene’s training, only in the Olympia issue of FLEX!