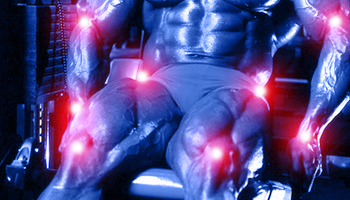 Few people realize that glucosamine is actually a combination of the amino acid glutamine and the sugar glucose. It is found primarily in joint cartilage. The body incorporates supplemental glucosamine into molecules called proteoglycans, which are part of joint cartilage and work to maintain the integrity of the joint and repair damaged cartilage. Research shows that glucosamine stimulates the generation of new cartilage by activating cartilage-producing cells known as chondrocytes. As a result, and as numerous studies confirm, glucosamine can help to alleviate the signs and symptoms of the joint wear and tear that can occur with heavy training. In fact, one study showed that glucosamine was as effective as ibuprofen for alleviating symptoms of osteoarthritis in the knee.

Curcumin is the active ingredient in turmeric, which is a spice used in many curry dishes. Research confirms that curcumin relieves pain and inflammation in patients suffering from rheumatoid arthritis
. Research also shows that it is actually superior to some nonsteroidal anti-inflammatory drugs for alleviating inflammation following surgery. A study from University of Arizona (Tucson) reported that rats given turmeric extracts after being injected with an arthritis-inducing solution had a 70% greater reduction in cartilage destruction than rats given a placebo. Curcumin’s ability to protect joints stems from its active ingredients, curcuminoids, which can inhibit a protein that instigates chemical steps in the body that result in inflammation.

Take 1,500-2,000 milligrams of glucosamine per day, in two or three divided doses. For curcumin, take 200-500 mg of turmeric-containing supplements that are standardized to 95% curcumin, two or three times per day.