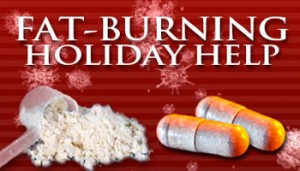 Fight tempting treats with a combination of whey and glucomannan

The holidays, along with muscle-blurring foods, are fast approaching. Instead of saying “good-bye” to your six-pack however, try combining whey and glucomannan to keep yourself from going overboard during the celebrations and losing your lean look.

WHY WHEY?
Research confirms that you can lose more bodyfat by supplementing with whey protein. One major reason for this is the ability of whey to blunt hunger. A University of Surrey (United Kingdom) study reported that subjects who drank a whey protein shake 90 minutes before eating a buffet meal ate significantly less food than when they drank a pre-meal casein protein shake. Whey raised levels of the hunger-blunting hormones cholecystokinin and glucagonlike peptide-1 by 60% more than casein did.

GO GLUCOMANNAN!
Derived from the root of the konjac plant, this soluble fiber absorbs large amounts of water in the stomach, which causes it to double in size. This fills up your stomach, making you feel full for several hours. A University of Connecticut (Starrs) study found that subjects supplementing with glucomannan not only ate significantly less food, but lost significant amounts of fat.

STACK IT
Drink a 20-40 gram whey protein shake and take 1-2g of glucomannan about an hour before holiday meals. This will help to ensure that you’re feeding your body with adequate protein and it will reduce the amount of fat and carbs you shovel in.