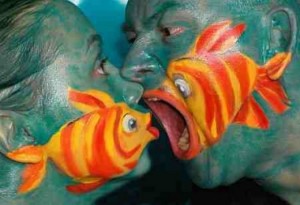 Whenever the best bodybuilding foods are listed, chicken and beef are usually ranked ahead of fish. Not that fish is a forgotten protein source among bodybuilders, but, other than canned tuna, it’s simply not as highly regarded. Fish, though, should get its due, as it not only helps you build muscle but helps protect your health as well.

You can choose among virtually fat-free forms, such as flounder and sole, or higher-fat versions, such as salmon  few foods on Earth are as good a source of health-enhancing omega- 3 fatty acids as salmon is.

Were not saying that chicken and beef shouldn’t remain in your bodybuilding nutrition plan  they definitely should  but fish should play an important role too, because it offers certain advantages over other sources of protein. Here are five reasons to make fish and other types of seafood a significant part of your diet.

When you’re dieting to shed bodyfat, you have to balance different objectives  cutting total calories, reducing fats and carbs, and simultaneously increasing protein consumption. Rely on lean fish as a staple of your diet because it meets all these objectives. Fish is also a great food to turn to during a diet when weight loss slows. Before cutting back further on carb consumption when you hit a plateau, try replacing much of your dietary protein  which naturally contains fat  with lean types of fish. Lean fish has less fat than most lean cuts of meat. You’ll be able to take in the same amount of protein, yet consume fewer calories. This will allow you to keep carbs at a relatively moderate intake level and you won’t feel too depleted. Switching to fish in the middle of a diet can help delay the necessity of lowering your carb consumption.

Go fish To get ripped, include the following types of seafood in your diet: sole, tuna, flounder, haddock, scallops, shrimp and crab. These are all extremely low in fat and high in protein.

2. Fish contains large amounts of healthy fats.
It’s absolutely no surprise that of all the sources of calories  carbohydrates, protein and dietary fat  the one that is most fattening is dietary fat. That’s because fat is more efficiently stored as bodyfat than carbs or protein. But there’s an exception: healthy fats, such as those found in fish. The healthy fats in fish  the omega-3 fatty acids  are less likely to be stored as bodyfat than the fats from sources such as chicken legs, beef, egg yolks or vegetable oil. The fat consumed from fish is prioritized for important physiological processes and only after those jobs have been completed does it tend to exert an effect on bodyfat storage. These jobs include sparing the breakdown and burning of glutamine, the all-important amino acid that prevents muscle loss; supporting the production of growth hormone; and increasing the formation of muscle glycogen.

With respect to glycogen, fish fat helps funnel carbs into muscles, which not only contributes to muscle growth but also compromises the body’s ability to create bodyfat from carbohydrates. How so? When glycogen storage increases, the body’s ability to make bodyfat from carbohydrates correspondingly decreases. One dieting secret is that the leaner you get, the more difficult it becomes to store fat from fish as bodyfat.

A precontest bodybuilder who has done his homework can get away with eating a lot of fish high in fat with little worry of adding bodyfat. This fat also prevents muscle breakdown and can enhance muscle growth.

Go fish For the omega-3 content of several types of seafood, see the Omega Man sidebar.

Most types of fish are a good source of both selenium and iodine, minerals that support metabolic rate. Iodine feeds the thyroid, the master gland that has a huge impact on calorie burning and metabolism. Adequate amounts of iodine help keep that gland healthy. A strong thyroid gland also contributes to a stronger immune system, which is particularly important during dieting and hard-training phases.

Some research has been critical of selenium as a thyroid supporter, but the truth is that it contributes to thyroid function and may even increase thyroid levels. The real problem is in taking boatloads of selenium supplements  that can backfire, actually reversing the speed of the metabolism. Getting adequate amounts  ideally 100- 400 micrograms a day can have a positive effect. (Three ounces of raw oysters have a little more than 60 micrograms.) Fish also supplies chromium, a trace mineral that helps in the utilization of carbohydrates. A prevailing theory holds that chromium makes growth receptors on muscle tissue more sensitive, resulting in greater glycogen storage and enhanced amino-acid uptake. Oysters are not only dense in chromium, but also high in zinc, another vital mineral that supports testosterone production. Although other protein foods contain zinc, there’s no better source than oysters. Sardines are high in calcium and omega-3s. Some experts speculate that high calcium intake can make the body less efficient at manufacturing bodyfat. Calcium helps alter calcitriol levels, making the body a poor fat storer, and omegas shift fuel sources in the body, coaxing it to burn fat as energy rather than rely on carbohydrates for energy.

Go fish To increase the range of minerals you take in, consume a variety of seafood. For iodine, emphasize oysters, cod, sea bass, haddock and perch. To boost calcium, consume bone-in fish, such as sardines.

4.  Fish is easily digested. One problem with dieting is the risk of burning valuable muscle mass along with unwanted bodyfat. The solution is to eat more protein during a weight-loss diet. Additional protein tricks the body  rather than burn muscle mass, the body will burn the extra protein for fuel.

As protein becomes a higher percentage of calories consumed, however, the body may have trouble digesting it. That’s where fish comes into the picture. From the standpoint of texture, fish is softer and breaks apart rather easily, which makes it easier to digest than denser proteins, such as chicken breast, turkey breast and lean cuts of beef. Since lean fish is a very fast-digesting form of protein, it’s also great pre- or postworkout.

5. Some fish is very inexpensive. One of the concerns about including fish in a daily diet is its expense. Not all types of fish, though, are prohibitively costly. A six-ounce can of white tuna, providing about 40 grams of protein, goes for just over a buck per can. It doesn’t have to be boring, either. Mix it with fat-free mayo or, for a different taste, a blend of fat-free mayo and fat-free sour cream. For tuna burgers, drain the tuna well, combine it with two egg whites, two tablespoons of pancake mix and some spices. Form the mixture into patties and grill them on a nonstick skillet coated with cooking spray.

Canned fish is a frugal way to get good protein, healthy fats and a lot of calcium. Sardines and canned salmon are generally inexpensive. Even some frozen and fresh fish can be relatively inexpensive. Check the freezer and fresh-fish counter at your local grocery store or warehouse club for good values  prices sometime vary by season and locale.

Go fish If budget is an issue, choose canned fish, such as tuna, sardines, salmon and anchovies, and look for lessexpensive frozen and fresh varieties, such as haddock, flounder and sole.

Fish Finale Think of fish as a versatile bodybuilding food. Whether you’re trying to cut up, add muscle mass, improve your health or stay within the confines of a limited budget, including more fish in your diet can help you achieve your bodybuilding objectives.