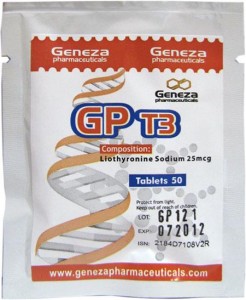 Of all the obscene four letter words in the English language, “diet” ranks up there as the most despised and hated. As the weather warms, the majority of people want to get ripped up for the beach, contests, or just diet down to look decent. In pursuit of these goals, dieting becomes a necessary evil. I could care less about beaches, but contests I do care about. This article is for all of those who are uncertain about what helpful supplements and drugs to use when dieting off those excess “bulking” pounds. The who, what, when and why of ECA, T3, Clen., and DNP. This information isn’t new, but if people didn’t want it, then there would be no questions about it. And there’s bound to be questions as the spring and summer months approach.

ECA
ECA stands for Ephedrine Caffeine and Aspirin in one capsule. It’s the one supplement out of the list that you can get over the counter at any health food store or nutritional outlet on the net. When it comes to dieting, it’s as popular for veteran bodybuilders as it is for newbies. ECA helps boost your metabolism and curb your appetite, which is very important if you are susceptible to cravings and midnight refrigerator runs. Most dosages are 2-4 capsules before breakfast, lunch, and dinner. However ECA leaves some people feeling wired and jittery, so the dinner dosage may not be needed. I don’t use ECA according to the directions on the label, and neither should you in my opinion. The label is meant for people who do not work out the way bodybuilders do. It’s meant for the 9 to 5 worker who can’t do cardio in the morning, or lift on a daily basis. So taking it before meals is a lot more feasible. When dieting, I take a few before my AM cardio session and then again before my PM workout session. I find this helps me in the morning to wake up and raises my temperature faster than without it. If your gym sessions are limited to one session a day, then take ECA before your training , and then once more before your afternoon meal. I take Metabolift (Made by Twinlab) 5 days on and 2 days off. Most people who constantly use ECA products get addicted to them and when they come off, they crash hard. I would only use ECA for a max time of 3 months whether cycling or not, simply to give the body a rest so that when you use it again, it’s something new to the body. The few drawbacks to ECA are feeling wired and jittery as mentioned above as well as headaches when first taking them. If you’re not used to caffeine, then in most cases it will cause headaches the first few days from the amounts contained inside the capsules. People with high blood pressure or heart problems should not take ECA products.. They also make ECA stacks without ephredrine but with norephredrine. People that have used the norephedrine products report none of the effects normally experienced when using standard ECA. As for the best legal supplements, I’d use Lipokinetix by Syntrax (which has been reviewed over and over here at AE) stacked with an ECA like Ripped Fuel, Metabolift, or Xenephredrine to combat the feeling of fatigue associated with Lipokinetix. With Lipokinetix and any ECA, start off with half the dose to test your tolerance.

T3
No this isn’t Arnold’s latest movie, but a great thyroid medication commonly used when dieting. Now, there has been a lot of hype and controversy surrounding T3 and its purported muscle wasting effects. I believe it’s just that, over exaggerated hype. T3 is great to use whether you are natural or not, you just need to use different dosages. Being natural myself, I use T3 with great success because I up my protein the whole time I’m taking it. People often over estimate the amount of protein and food they consume, which leaves them saying “Oh the T3 is why I lost muscle when I dieted.” They don’t consider that they ate next to nothing when dieting. A lot has also been said about T3’s supposed rebound effect. If you haven’t heard, it’s another false claim that when you come off T3, you gain a lot of fat. The reason people gain fat when coming off T3 is a combination of water retention and resuming their normal eating habits. Going from dieting and restricted calories to no diet and eating anything you want, your body will rebound quickly because of the influx of calories. If you keep your diet following the use of T3 for a few weeks and then gradually increase calories to your maintenance dose, then you’ll be fine. One true statement about T3 is that it does suppress the thyroid when using it. No matter what dosage used, it will still be suppressed. The max time to be on T3 is 6-8 weeks. I know others advocate more, but I’d rather be safe and have a working thyroid after my cycle. Most people use a diamond pattern when using T3. A diamond pattern is where dosages start low, gradually go up, and then go back down to the original dosage. A typical diamond cycle would be:

The above would be ideal for 1) AS users first time using T3 2) Advanced natural knowing the ropes of T3 in and out.

If I were a natural newbie to T3 OR a woman user, dosages would be somewhere along the lines of:

Notice how thus pattern is shorter than normal and the dosages are cut in half. Once again, that’s meant for a novice or a woman. In either case, they should be using this cycle in order to evaluate the effects of T3 on their bodies.

Some advanced T3 and AS users could up the dosages as high as 200-250mcg’s during a “cutting” cycle. T3 is a great tool when dieting. If you can get over the unsubstantiated hype, figure out what dosages you need, and don’t abuse it, you’ll be fine. One side note, when using T3, I noticed a difference between using Mexican brand Cynomel and SBC’s Cytomel. SBC’s allows me to use it without losing any strength at all while the Mexican version left me feeling very weak and tired.