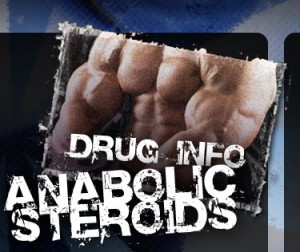 It seems that most anabolic steroids normally work by activating the human androgen receptors, producing anabolic and virilizing effects.

Here you have some examples of anabolic effects:

Some examples of virilizing effects, normally associated to side effects:

Probably a hormone with purely anabolic effects would have many uses, but in many cases the usefulness is limited by unwanted virilizing effects. Many of the synthetic anabolic steroids were devised in an attempt to find molecules that produced a higher degree of anabolic rather than virilizing effects.

Other side effects (some the opposite of intended effects) include elevated blood pressure and cholesterol levels, severe acne, premature baldness, reduced sexual function, and testicular atrophy. In males, abnormal breast development (gynecomastia) can occur. In females, anabolic steroids have a masculinizing effect, resulting in more body hair, a deeper voice, smaller breasts, masculinized or enlarged clitoris (clitoral hypertrophy), and fewer menstrual cycles. Several of these effects are irreversible. In adolescents, abuse of these agents may prematurely stop the lengthening of bones (premature epiphyseal fusion through increased estrogen), resulting in stunted growth. Serious medical illness can result from extreme hormone use. Enlargement of the heart (the heart is a muscle and thus affected by the muscle-building qualities of the hormones) is a risk which increases the chance of an adverse cardiac event occurring in later life. Another health risk is long-term liver damage, particularly if the anabolic steroid compound is 17-alpha-alkylated in order to not be destroyed by the digestive system when taken orally.