By now, we all know the Arnold Classic brings out the best of the best. But whos the best among those best? Heading into the 20th edition of what has become one of the biggest events in bodybuilding, we decided to go to someone whos seen them all  FLEX Group Editorial Director Peter McGough  in ranking the five all-time best physiques to ever step onstage at the Arnold. 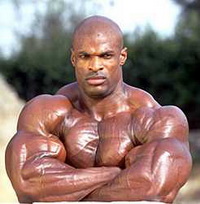 NUMBER ONE: RONNIE COLEMAN, 2001
Simply the best physique Ive ever seen onstage. At 245 pounds King Ron was full and shredded from head-to-toe: his cuts being deeper than Bill Gates pockets. His delts, arms and chest were spectacular, his back really beyond description. Ten seconds after he first walked out the contest was over. 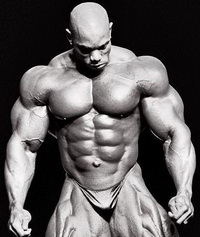 NUMBER TWO: FLEX WHEELER, 1993
This was Flexs best ever shape. He was chiseled to the max, exhibited more balance than the Cirque du Soleil, and his back double biceps was a thing of beauty. Although he competed until 2003 he was never again as good as he was in his second pro contest that dramatic Columbus night in 2003.

NUMBER THREE: JAY CUTLER, 2002
Apart from the 2001 Mr. Olympia contest maybe the hardest hes ever been. With deeply embedded abs and full thighs more ripped than Britney Spears copy of Hide and Seek For Dummies, Cutler relegated Chris Cormier to the third of what was to become a run of six consecutive runner-up spots. 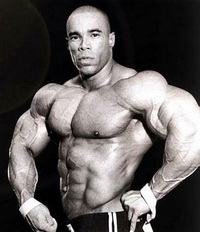 NUMBER FOUR: KEVIN LEVRONE, 1994
This was Levrone when he still had hanging hams and thighs groovier than a Count Basie set. Throw in the aircraft hangar delts, triceps like ham hocks allied to super dry and hard condition and the Maryland Muscle Machine just motored to top spot. 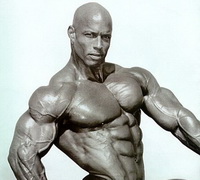 NUMBER FIVE: SHAWN RAY, 1991
At around 200 pounds the Fastest Lip in The West remains the lightest man to win the Arnold Classic. With eye-popping muscle fullness, outstanding symmetry and a serratus you could slice tomatoes with, he just glided to what would be his second and final pro victory.