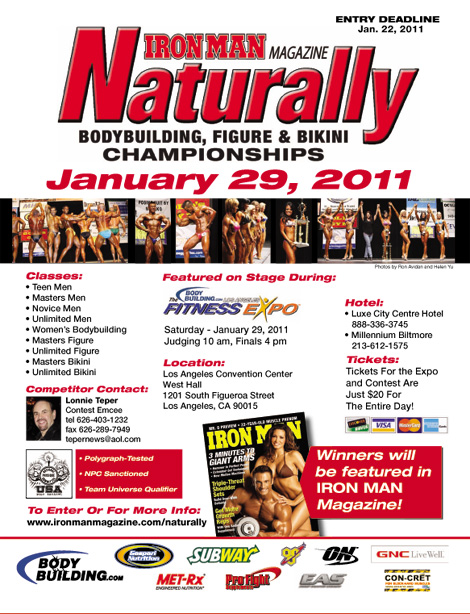 A grandiose event in bodybuilding will held in the beginning of 2011 year. On January 29th, the Los Angeles Convention Centre will host 2011 NPC Ironman Magazine Naturally Bodybuilding, Figure and Bikini Championships. The contests suppose to be attendant by over 25000 attendees. All interested funs will be charged for $20 to watch this event. The Naturally Championship includes several categories, as follows: Masters Men’s bodybuilding, Women’s bodybuilding, Teenage, Unlimited, Unlimited and Masters Figure and Bikini and Novice.